Editor’s Note: We’ve chosen our twenty-five most anticipated games of 2014 from an extensive list of confirmed and highly likely releases for next year. Having each voted for the games on the list and then processing the results through a methodical algorithm we’re here to bring you the results. We’ll take a look at what we know about each game, plus the reasons the team voted for each title, with an article every day until Christmas day – when we’ll reveal our most anticipated game of 2014. To see all previous games in this feature, visit the dedicated hub. 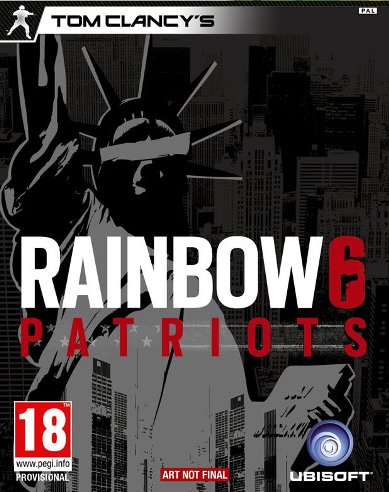 Another title in our most anticipated list this year that was announced back in 2011 and has had some development issues. Despite them though, Tom Clancy’s Rainbow 6: Patriots remains high on our list given the initial demos we witnessed and the potential scope of the title.

With a dynamic single-player storyline that will look to “capture the reality of modern-day terrorism” and allow players to experience it from multiple characters’ perspectives. This includes tactics as well as a strong narrative that would add an “unprecedented level humanity” to the franchise – something showcased in the debut prototype video. Co-op play and multiplayer would reward teamwork with communication being vital for a successful mission.

As for the plot: Team Rainbow faces a threat from a highly-trained, well-organised terrorist group called the “True Patriots” and must prevent them this new breed of terrorists from retaking America from an “American government is irrevocably corrupted by greedy politicians and corporate special interests.”

Patriots was due to release on the Xbox 360, PlayStation 3 and PC this year but then it hit a snag back in March 2012 when several of the game’s lead developers were axed. Creative director David Sears, narrative lead Richard Rouse III, lead designer Philippe Therien and animation director Brent George were all removed from their positions with Jean-Sebastien Decant coming in as the new creative director.

Since then, Patriots went underground with no official word either way if the game would see the light of day or not – other than Ubisoft’s CEO Yves Guillemot stating that “there’s a good chance” the game would land on the then unknown next-gen consoles, which was then confirmed at E3 this year.

That was until earlier this week when Ubisoft’s North America president Laurent Detoc confirmed the next-gen switch and how the game as essentially been remade. However, there’s still the possibility that the game may never come out either.

Until this confirmation we had Patriots pinned for 2014 due to it’s scheduled 2013 release that it wasn’t going to meet. In all likeliness it probably won’t even launch until at least 2015 and who knows if much of the original premise that had us all so excited will remain. Personally, I certainly hope so as it was exciting yet somewhat haunting to put you in such difficult shoes and could really have pushed a strong moral narrative – something that is rarely examined in any detail in shooters.

The PlayStation 4 and Xbox One would obviously offer more computational power that would be extremely useful to a game like Patriots so it will be interesting to see if it ever makes it out. Given that plenty of franchises are rebooting themselves it’s a direction that Rainbow 6 could take and drop the Patriots name altogether, becoming a refresh of the series rather than a just another installment.

Hopefully we’ll get a re-reveal for Patriots in the near future and that it will resemble what we initially saw – it was exciting enough to land itself this high in our most anticipated list on that alone.