At the end of the day the Total War faithful will love it, but it may not be enough to entice the Civilization faithful to defect.

ou know, I really like strategy games. I wish I was better at them, but I genuinely really enjoy them. I’ve already had the pleasure of reviewing the enjoyable Company of Heroes 2 this year and I’ve just finished playing Total War: Rome II for this review. The Total War series is a long-standing favourite in the real-time strategy genre, maybe not quite up there with the behemoth that is Starcraft 2, but it’s fairly unique take on the strategy genre, where it emphasises huge battles with massive forces is enjoyable by many, despite its difficulty.

Total War: Rome II is the titular sequel to the series’ third entry, released back in 2004 and with it developer The Creative Assembly aims to bring a collection of new improvements and additions to the Total War formula, while going back to one of the series’ most memorable settings and indeed one of history’s most memorable and plentiful war eras.

By far the most notable difference in Total War: Rome II over previous series entries is its increased expansion outside of the battlefield itself, often reminding me of Civilization. The addition of new difficulty conditions, provincial groupings and the vast amount of civilisations on the campaign over-map. While this brings along many improvements to the game, it also adds some confusion in terms of the game’s identity. We’ll get to that in a bit.

Let’s start with the basics though: Total War: Rome II is beautiful. From the moment you begin the game’s more story-based and cinematic prologue and make your presence known on the battlefield, the visual fidelity and sheer scale is immediately noticeable; environments look amazing in the Italian sun, the sea swishes and glistens, and no matter how much you zoom in you’ll see just how much work went into each soldier. 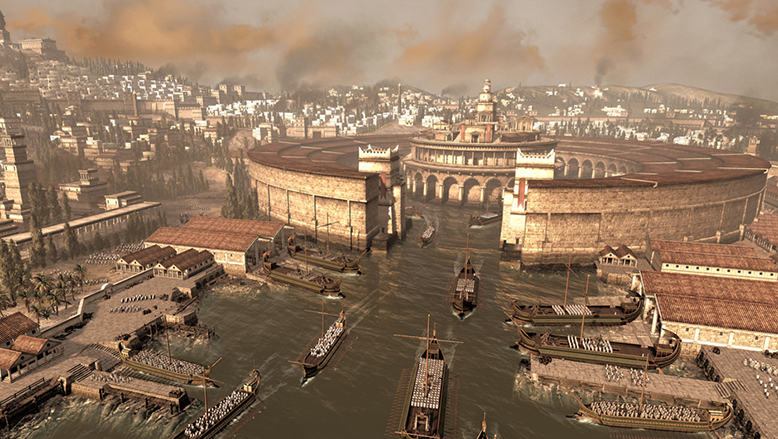 That brings a heavy asking price in terms of system specifications for your PC, however. Total War games are known for their resource intensive nature, and Total War: Rome II is no exception. Optimisation seems to have improved over previous entries, however, I could still only attain a 30-40 fps constant on not-even-maximum settings. It’s clear why, the sheer number of troops on-screen is massive, but be prepared to have your toaster buckle under the game’s pressure.

It’s not all sunny skies and clear seas though when it comes to visuals, in fact the stormy weather often brings some rather annoying issues. While the game saves after every turn in campaign, it’s more than a little frustrating to be hit with a random, titanic frame-rate drop during rainy naval battles. Taking your army to the sea to battle is a dangerous enough (if not often necessary), I tended to be even more apprehensive when doing so in case my frame-rate hit the one’s and two’s, requiring a relaunch. The Creative Assembly promises this will be fixed in the industry’s staple week-one patch, so it’s not too much of a put-off.

Audio is a bit more pedestrian; the typical Roman-esque, victorious soundtrack one would expect from a game set around ancient Rome is present. It’s nice ambient music to have as you conquer the world. The war-cries of your men as they charge into battle and slay their foes are again as expected, but they’re well done and are a nice indication of how you’re doing in the game’s battles.

However, Total War: Rome II definitely has its problems, starting as early as the prologue. It does a great job of explaining things as it goes, up until it actually wants you to do something. For example, the game tells you all about your naval army and what you can do with it, just not how you do it. This extends to almost every important mechanic in the game: From resources, to the game’s provincial divisions. To how families affect diplomacy, to fame, technology, pretty much anything to be honest. There’s some sort of online, wiki-style resource you can click into on certain elements, however it’s poorly laid out and still poorly explained. 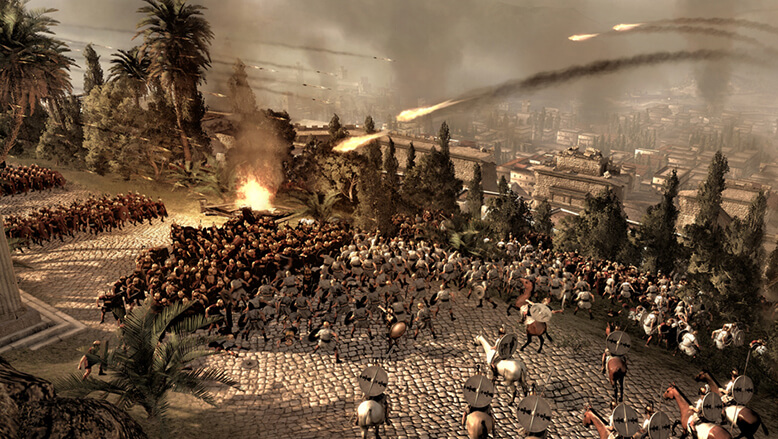 In many ways Total War: Rome II is trying to do a bit of everything; it’s a jack of all trades but a master of none.

The problems aren’t just there, however. While the game controls extremely well in-battle, there’s rarely an excuse to actually go into one of the larger scale battles. It takes longer than simply using the auto-resolve option and takes you away from playing in the over-map section of the game, which is the part I enjoyed the most.

This is where the game is at its most Civilization like. You can control your country’s production, buildings, technology and conquest through this area, much like in a Civilization game. Battles can be auto-resolved, giving you a Civ style “this is your likelihood of success” bar, so you can decide whether to fight it or not. I like the option a lot and it’s not a new option to the series, but I feel like it takes away from the game’s main attraction: The battles.

Battles were definitely fun when I did decide to play them; the sheer amount of units on-screen and the massively increased variations on units in Total War: Rome II was awesome to behold. The game’s cinematic camera is a disappointment though. While it’s a cool feature to explore at first, it quickly becomes boring and reduces your ability to change tactics on the fly. Armies can organised into various formations, although this is again poorly explained. What formation is good for what situation just isn’t explained and that’s poor. 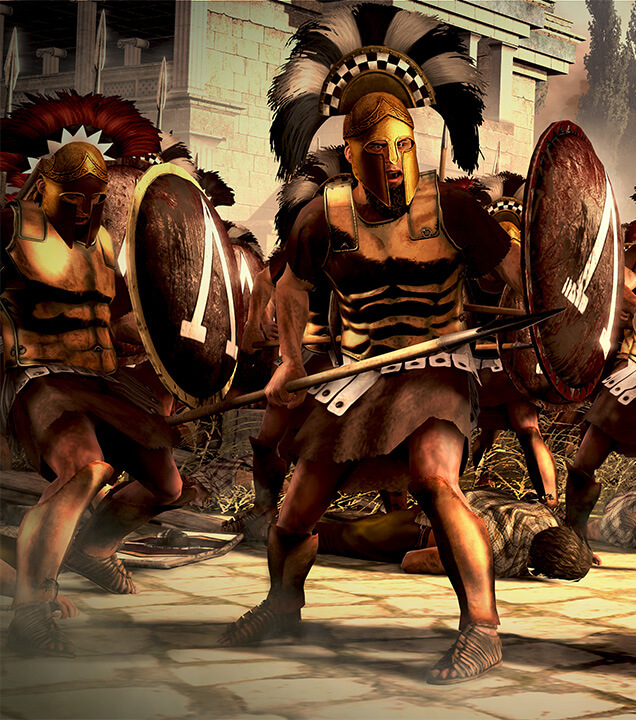 The technology tree isn’t as fleshed out as Civilization’s and it feels like it’s not making all that much of a difference because I’m not noticing the upgrades in battle. The game does however give you more choice over diplomacy and economy. The game now divides areas into provinces and you can adjust the tax rate and edicts for each province independent of the others. The diplomacy screen allows you to make various offers and pacts with other countries you’ve met and the sheer amount of them makes this a deep and rewarding experience.

Total War: Rome II also adds new victory options aside from the usual military victory. The Economic and Cultural victories add some variety, but can be attained more easily through military conquest anyway, so it feels like a somewhat hollow addition.

Multiplayer is of course present in Total War: Rome II in the form of team-based head-to-head battles ranging from two to eight players and multiplayer campaigns which allows two people to play against each other in either competitive or cooperative campaigns. The co-op campaign offers the best experience here, although an already frustrating problem of how long turns take to go through is exasperated by having to wait on another human player to make their moves. As someone who just generally doesn’t like multiplayer in RTS games I’ll stick to single player, but the multiplayer won’t disappoint those who find that to be an attractive part of the package.

Overall I didn’t dislike my time with Total War: Rome II. There are some extremely fun elements to the game. The battles are great and the over-map gameplay is really fun. I felt the over-map mode’s quality detracted from the game’s main feature. The Civilization-style additions are welcome, but they’re not done in a way to satisfy me as a big Civ player. In many ways Rome II is trying to do a bit of everything; it’s a jack of all trades but a master of none. At the end of the day the Total War faithful will love it, but it may not be enough to entice the Civilization faithful to defect.