Worth the Risk? From Playstation 3 to the Xbox One

A confusing title perhaps, but hear me out.

Back when Sony announced the PlayStation 3 the news of a brand new Cell Processor shook the industry. The concept was very different to anything game developers had seen before and creating games for it was a daunting prospect. On paper the new processing unit offered unmatched performance in calculations and it ate through specific code at an amazing rate. But it was not the general purpose CPU (central processing unit) games developers were accustomed to, which meant more time committed to harnessing such specific power.

As they say; “time is money” and that is indeed what early PlayStation 3 development munched into. Very few developers embraced the new technology, opting instead to develop on the rival system first before chucking the code back at the PlayStation and making it work as best as possible. This meant inferior third-party titles were becoming common on the PS3, an understandable business practice, but somewhat of a crime given the power under that PS3 hood. 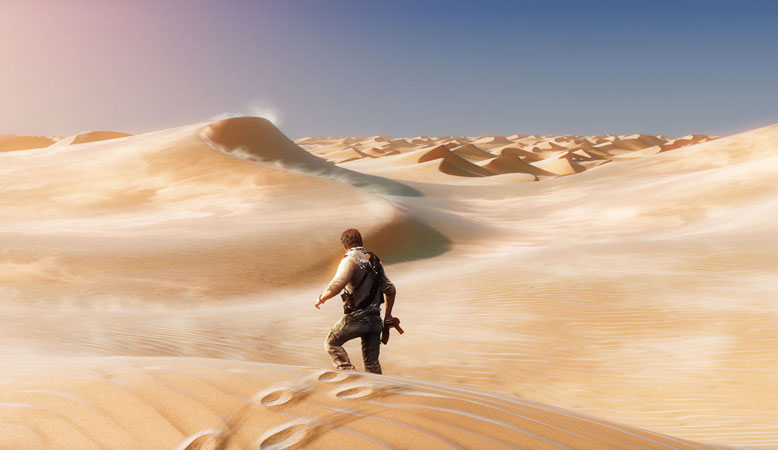 Then came along Nathan Drake in Naughty Dog’s Uncharted, a game stated as not being possible on ‘other’ hardware at the time. Aside from the game being an absolute joy to play, it was an eye opener to what Sony’s new machine could actually achieve. Any non-believer not then believing all the former PS3 hype after playing Uncharted was simply just fanatical and blind to the truth. The PlayStation 3 had just landed a “we told you so” blow to all skeptics in the industry through the almighty Cell Processor and the generous space offered on the new Blu-ray optical format.

You should know the rest; Killzone 2, Uncharted 2, God of War III, The Last of Us, Heavy Rain and Beyond: Two Souls. Interestingly enough, Tomb Raider and Grand Theft Auto V also looked and played better on the PS3 than the Xbox 360. Developers had harnessed the extra grunt the PS3 offered, even reading an expert analysis of the two mentioned titles confirmed that (though a little late) the PS3 was indeed benefitting from the “risk” Sony took with the new hardware when designing the system.

Entering the next-generation I was torn between the PS4 and Xbox One, I really could not decide. But I remember being underwhelmed by the hardware they were both packing out of the box. They are both packing off-the-shelf hardware slightly customised for specific use as a console, nothing too fancy and all very generic. It was great news to hear the Xbox One was to use Blu-ray and fairly exciting to learn eight gigabytes of very fancy memory was in the PS4 genes.

Overall though, pretty dull to be honest. Some could argue that leaves the spotlight on the games, perhaps rightfully so, but when entering a new generation I want to hear about new hardware with amazing potential that could be the real game changer. For Sony and/or Microsoft to take risks that could mean developers creating experiences that are decisive leaps in gaming as a whole.

Before I had read more on the subject, I mistook “cloud” computing for just another way to save games and access your saves on a friends console. As it happens, I now feel this is the Xbox One’s Cell Processor – aka the big risk. Cloud computing is a relatively new idea, it is only potential at this moment in time with Forza 5 gently sapping a little of that potential with its “Drivatar” feature. That being a feature whereby cloud compute enables the games artificial intelligence to study the way in which you race. Using this extra power then allows the AI in Forza 5 to race in the same style, making it more competitive as it learns and adapts in real-time to your own style. Whilst a nice feature it really is only scratching the surface on what cloud compute could do for us gamers. 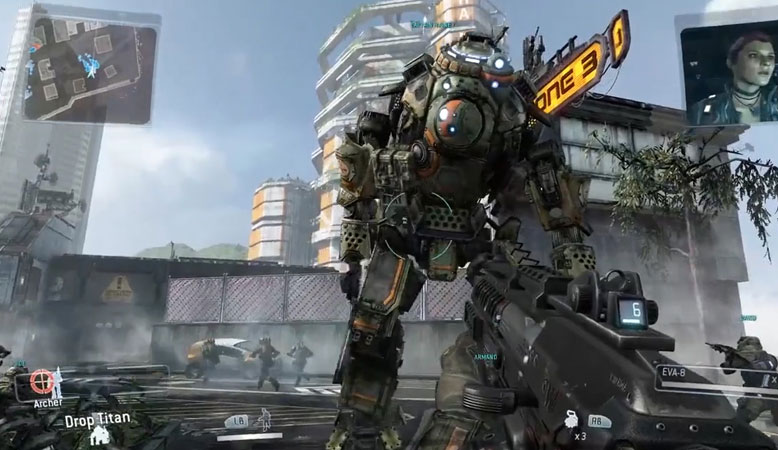 Titanfall by Respawn Entertainment is said to have AI allies and enemies when playing online that are based on your friends and the way they play the game. Titanfall learns how real people play the game and then replicates their style of play so that you will struggle to tell the difference between who is human and who is simply a steam of code beamed down from the cloud. Watch Dog’s developer Ubisoft have stated Xbox One will see the most dynamic city than all the other platforms, owing to the power of the cloud computing and persistent worlds.

Other obvious benefits include dedicated servers that reduce latency and any host advantage or cheating. Updates can be applied to the cloud servers negating the need for an Xbox One to download and apply the update itself. There is huge potential here. It is all somewhat under sung and questions are raised about the reliability of internet connections, required connection speed and if a game relies on the cloud then what happens in the event of a disconnection.

It is all very, risky.

Then again, the Cell Processor had bottlenecks to contend with. It was not general purpose bar one core. It was expensive, new and very risky. Grand Theft Auto V and Tomb Raider are better, in my opinion, on that Cell Processor. The risk, though realised much later, paid off.

I have had both consoles for at least a week each, returning one to obtain the other. I am faced with the financial decision as to which I will enjoy for the first couple of years then. I must say that Assassin’s Creed Black Flag, Need for Speed Rivals, FIFA 14 and Battlefield 4 do look noticeably better to me on my PS4. But the PS4 lacks a serious racer and I really enjoyed Forza 5. I am also as equally fond of Dead Rising 3 as I am Killzone: Shadow Fall. I like both user interfaces and have equal friends and family on both systems.

Call me a gambler, but if history or more specifically the PlayStation 3 has shown anything, it is that risk can offer some fantastic rewards. To quote a gaming hero of mine, “no guts no glory”. The first major cloud powered game, Titanfall, is around the corner and I want in on the action.

So thank you Sony, the success of your PlayStation 3 has led me to the decision to buy (and keep) the Xbox One. But I will see you again in a couple of years, when hopefully the PS4 also heads into Uncharted waters.