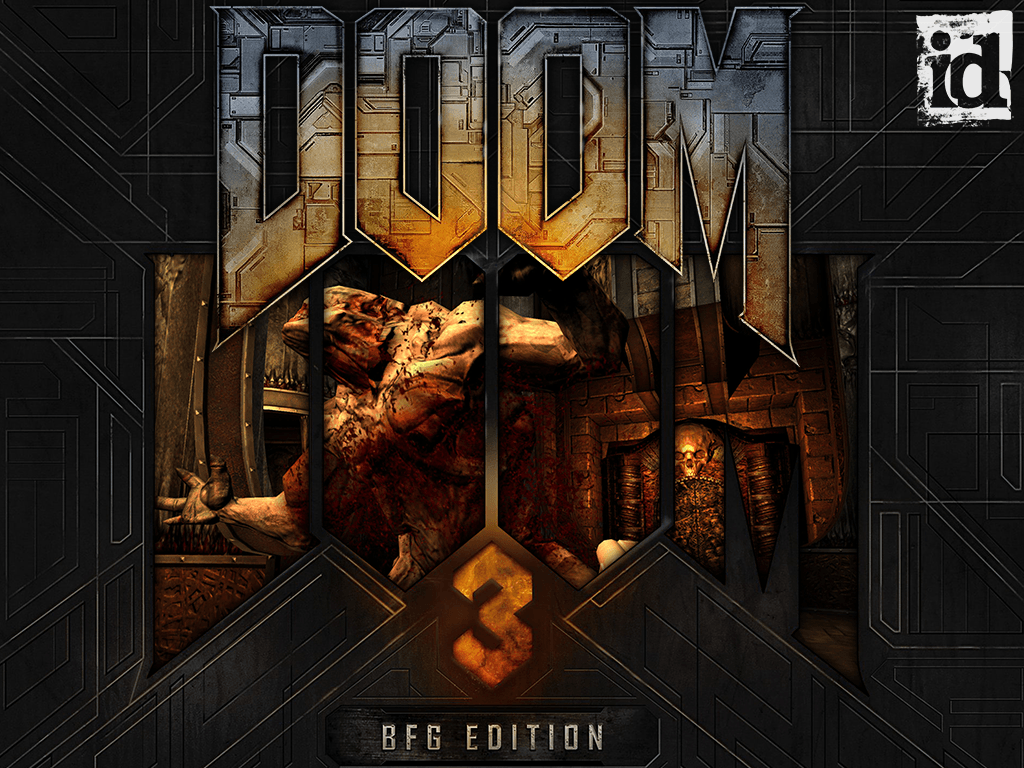 Released in 2004, Doom 3 was the long-awaited return to the classic franchise after id Software departed to the world of Quake. What we were expecting was a more action orientated shooter with monsters and hellish landscapes. What we got was a huge, frightening horror title that encapsulated the original intent for the series. Needless to say, it was as much a hit as the prior titles, but id Software went dark not long thereafter. Doom 4 is in production, but that hasn’t stopped them from re-releasing the series in one box to whet your appetite. Doom 3: BFG Edition comes with enhanced visuals and brand new content just to keep things a little fresh, but should you venture back into hell?

The year is 2145, humans have colonised Mars and the UAC are researching into new technologies with an unlimited budget and lack of morale obligations. Reports come in of disturbances among the workforce, meaning that you, Elliott Swann and Jack Campbell have been assigned to Mars City to unravel the mystery. You are tasked with saving a civilian when all hell literally breaks loose. Workers become possessed zombies and demons run amok. Much of the story is told through uninspired cut-scenes, but it is the PDA logs that give the dilapidated world its unique and terrifying feel.

Doom 3 relies on being cheap as well as atmospheric.

Included in the BFG Edition package is a whole bundle of Doom. You get the most recent versions of Doom and Doom 2, as well as Doom 3 and its Resurrection of Evil expansion. For the price, having the first two is nice if you don’t own them, but it is the HD upgrade of Doom 3 that takes centre stage. Having the Resurrection of Evil expansion built-in is also a nice touch, but it is the weaker cousin compared to the lengthy Doom 3 campaign. Online Multiplayer is also playable, with some interactive environments and a nice arsenal of weapons, but with only a small number of maps and modes the novelty wears thin very quickly.

Doom 3: BFG Edition also includes a brand new campaign. Dubbed ‘The Lost Mission”, the new scenario begins with Bravo Team annihilated by the monsters on the station, with you as the sole survivor. Eventually you come across a scientist who says the only way to stop the hellish hordes is to seal the trans-dimensional portal on the other side – in hell. The scenario features a familiar setting of the desolate, monster infested space station. Lasting seven levels, the new campaign is fairly short, but it channels the spirit of Doom 3’s horror a lot better than the Resurrection of Evil expansion.

Doom 3: BFG Edition is an anthology of the series so far; with enough content to satisfy the nostalgic curiosity of its fan-base.

With time comes the power of hindsight and id Software had a lot of lessons to learn after Doom 3. The popularity of the modification community is always something that id Software has respected, with the most popular mod for Doom 3 changing how the flashlight works. In the original release, you had to switch to the flashlight in order to see around you, given the dark environments that emphasise the horror tone. This was so cumbersome that the rather elegant solution that has been replicated in Doom 3: BFG Edition makes the game far more accessible. If you’re afraid that the horror will be saturated by this change, you need not fear. The torch drains power gradually, meaning you need to turn it off and on in order to retain visuals on what is in front of you, with just a simple press of a button. The rest of the control remains the same though, meaning gunfights feel dated compared to more modern shooters.

In fact, the major control reshuffle is the only thing that has changed about the gameplay. Doom 3 relies on being cheap as well as atmospheric. Exploring a room to its entirety won’t save you from monsters spawning behind you. While most warp through a dimensional shift that you can hear, humanoid monsters just appear out of nowhere, usually from behind you. Certainly it keeps you on your toes, but when it means that there is no rational explanation for what’s going on, it just feels unfair. The enemy AI is fairly mindless, but the wide cast of different monsters that now populate the space station/hell make up for this. The use of the PDA to access gates is a nice touch, but the interface in the menus is slightly cumbersome on console versions. Auto-saving is featured too; but when it happens, instead of doing it in the background, the game pauses for an excruciatingly long period of time. Loading times are also pretty hefty considering the size of the levels.