One of the best games ever made, remastered with a tonne of extra content and its sequel included – you need to play this. 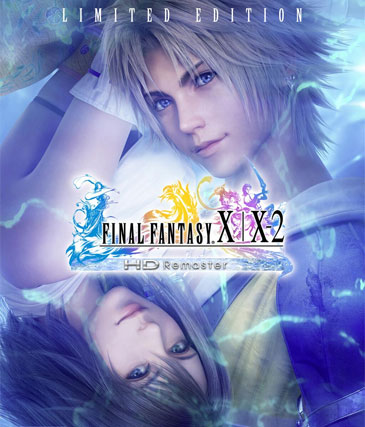 It was a dream come true for me when I first booted up Final Fantasy X HD on the Vita. It’s my absolute favourite game of all time, and I think one of the best games ever made. It’s been a huge part of my life, something I’ve written about extensively before, so to be able to play it again over 12 years from the first time I played it, well, you can imagine just how happy I was about it. In a way I was sort of worried. It’s a 12-year-old game, could it really hold up? Was I just looking at it through rose-tinted glasses?

Thankfully the answer to the latter was no. Final Fantasy X HD is the game I remember, with its incredible world, characters, gameplay and graphics. Square Enix has done an absolutely fantastic job adapting it for modern consoles, not only from a visual standpoint, but from a usability and gameplay standpoint, and the amount of extras included is incredible, a huge bonus from a diehard fan like myself. The fact that it includes X-2 is another welcome bonus.

Final Fantasy X has an incredible cast of her characters, each with their own backstories and motivations to help Yuna and their own relationships with each other. Of course, the relationship you’ll care about most is the one between Tidus and Yuna, easily the single best love story in a Final Fantasy game.

The main attraction of this package is indeed Final Fantasy X. Set in the world of Spira, the story follows Tidus, Yuna and her Guardians Wakka, Lulu, Kimahri and the mysterious Auron as they attempt to rid the world of Sin, a huge creature that leaves death and destruction in its wake, wherever it goes. Yuna, a summoner, must undergo a pilgrimage around Spira to the various temples, praying to the Fayth to gain the power of the Aeons. Yuna must use this power and become the High Summoner to defeat Sin and bring about the Calm.

You’ll play as Tidus, a Blitzball player from the legendary Machina city of Zanarkand, as he’s transported by Sin 1,000 years into the future, into Spira. He follows Yuna on her pilgrimage, becoming a Guardian in the hope to find his father Jecht, apparently a Guardian of Yuna’s father Braska, the previous High Summoner.

Yuna is the only one who believes that Tidus was indeed from Zanarkand and knew Jecht herself, and over the course of the game their story blossoms. It’s adorable most of the time, cringe-worthy some times and occasionally heart-breaking. While Final Fantasy X’s story itself is fantastic, it’s the story of Yuna and Tidus that will keep you glued to the screen, wishing for the one true pair to get together.

The world of Spira is an incredibly well-crafted world. Incredibly religious, not only in terms of its hierarchy of leaders, but also in its architecture and in the mannerisms of its citizens. Yevon controls many aspects of Spira, and its devotees are passionate. However, not all is right with Yevon, in particular its Maesters, effectively the high priests of the organization.

Without delving into spoiler territory too much, Seymour Guado’s villainous efforts in the name of Yevon are a particular issue. Seymour is one of those characters that’s utterly fantastic, simply because of how detestable he is. He is truly villainous and despicable, and you’ll hate him every time you see him.

Spira’s absolutely gorgeous. With highlights like the Macalania Woods, the Thunder Plains, The Calm Lands and the various temple villages as highlights. It’s beautiful, and this is where the HD Remaster really shines. Textures have received a noticeable upgrade, and character models are more expressive and higher fidelity. NPCs still have somewhat drawn-on faces, but that’s to be expected from a 12-year-old game.

And then there’s the soundtrack, scored by the venerable Nobuo Uematsu, as well as Junya Nakano and Mashashi Hamauzu; it’s iconic. It contains some of the best songs ever put on a videogame soundtrack, including Suteki Da Ne, Hymn of the Fayth and the incredible Zanarkand, my absolute favourite song. Honestly, I could spend days talking about how much I love this soundtrack.

In the HD Remaster, certain songs have been re-recorded and remixed, mostly for the better. Thankfully the classics don’t seem to have been touched, so you can rest assured that this wonderful soundtrack is intact. While the voice acting is generally to a high-standard, the real reason for using a nice pair of headphones is obvious.

From a gameplay standpoint, Final Fantasy X’s battle system is still one of the best ever designed. Although one could maybe complain the game can be too easy at times, requiring little grinding, recognising the weaknesses of your enemies, exploiting them (particularly using the four elements system) and making good use of the characters at your disposal are things you’ll need to do if you want to do really well in Final Fantasy X.

One of the things I love about X’s combat system is how it encourages you to switch characters at will, each of them having their own strengths and enemies they’re good against. Well, except Kimahri. Poor Kimahri is still a blue mage with unrealised potential. His lack of dedicated sphere grid path really hurts him. Where Tidus is really strong against agile creatures, Lulu against elementals, Yuna as a summoner/white mage, Auron against heavy enemies and Wakka against flying enemies; Kimahri just doesn’t really specialise in anything and isn’t really worth using. 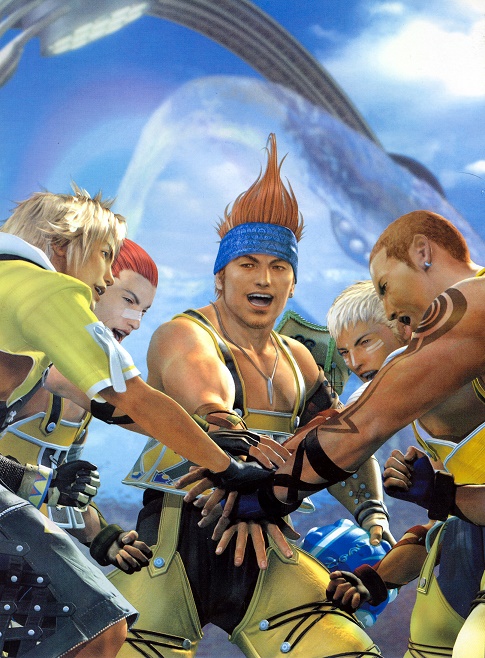 The sphere grid is an essential part of Final Fantasy X, as it’s basically your entire progression system. X forgoes the typical levels for a grid of stats and abilities. Getting sphere levels will allow you to move around the grid, wither certain spheres unlocking nodes. Nodes give you new abilities and better stats, and keeping on top of your sphere grid and keeping a good path in mind is essential to proper progression. As this is the international version of X, you’ll get access to the expert sphere grid, previously only available in the Japanese international edition and the European version of the game.

Other additions based on the international version include extra post game content, particularly the Dark Aeons and Penance. Late in the game, you’ll be able to travel around Spira, with certain areas hosting dark versions of the aeons. Defeating each of these will give you access to fight the optional boss Penance, an extremely difficult boss. This version also contains Eternal Calm, a cinematic cut scene that bridges the gap between X and its sequel X-2.

Speaking of X-2, the sequel based on Yuna, Rikku and new character Paine as they hunt spheres is included on disk with the PS3 version and as a download code with Vita copies of the game. While its existence is purely fan-service, X-2 is a really good game in its own right. It has an incredibly fun, fast-paced battle system and the dress sphere system is one of the most interesting job systems in a Square game.

A lot of the story of X-2 and the reason it takes place relates to events in X that are super spoilers, so I won’t delve too far into it, but I will say you should do your very best to get the true ending, for the awesome payoff.

Elsewhere, it’s easy to see that this game came a bit later in the PS2’s life cycle, with the higher fidelity art from the more recent title looking even better now that it’s remastered. It does suffer from some framerate problems on the Vita, as does X, but it doesn’t impact gameplay or cut scenes in any meaningful way.

As this is also the international edition of X-2, it also includes some bonuses that we never got in the West, including Last Mission; a playable sequel to X-2where Yuna, Rikku and Paine must work their way through the various floors of the Lutycyr tower. Finally, X-2 also includes -Will-, an audio drama set one year after the events of X-2 centring around two new characters and some old favourites.

There’s an incredible amount of value in the Final Fantasy X HD Remaster package. Not only are you getting one of the best games ever made, but also its sequel and a host of other extras that weren’t previously available to players outside of Japan. I encourage you to buy this game, as you’re getting what I consider to be the best JRPG ever made, and overall my favourite game ever. It’s really that good.